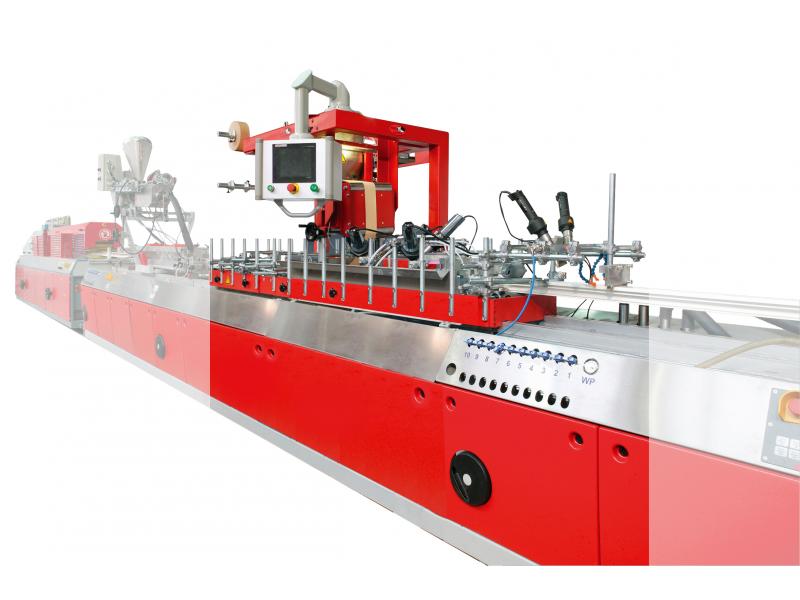 This model variation was developed for inline application on extrusion lines. The highly loadable mechanical version guarantees a long life. The machine is equipped completely. By module construction the machine can be transfered very quickly from one extrusion line to an other one. Machine ground construction with primer zone and pressing rollers is mounted on the calibrating table. The superstructure with adhesive supply, film guide control and foil positioning is fixed on the side of the calibrating table. The drawer with primer tank, primer pump and dry air station is positioned in or in front of the calibrating table. The FUX inline laminating machine is the only system worldwide, which can be started and turned off without interrupting the extrusion line. The synchronization control of adhesive supply and primer pump to the production speed guarantees minimum primer and adhesive use among highest quality of product.

If you need further information or have any questions, please do not hesitate to contact us.